Tommy Turbo’s Hamstring Somehow Not The Strangest Injury of 2021

Tommy Turbo’s Hamstring Somehow Not The Strangest Injury of 2021 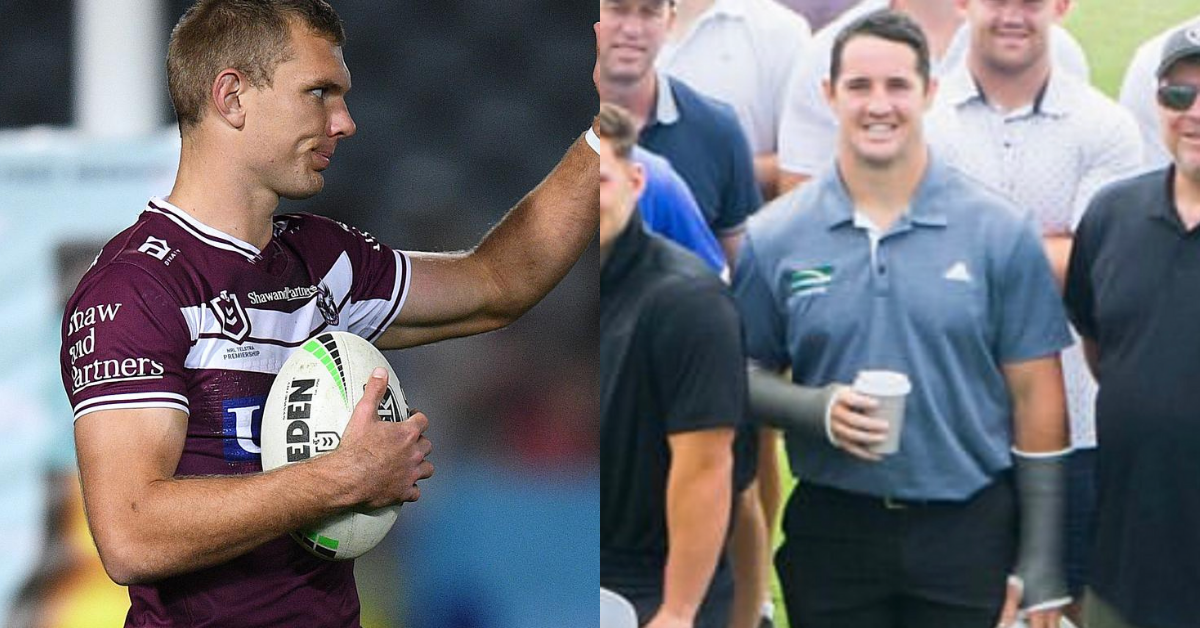 The NRL season hadn’t even kicked off for 2021, and Tom Trbojevic all but sealed the prize for the strangest injury in February, but a late submission from Roosters forward Nat Butcher has left the rugby league world in shock.

Tom, who went on to win the Dally M medal in 2021, injured himself late in pre-season, supposedly by slipping over in his bathroom. Although many speculate the injury occurred the night before in a street race on Manly’s world-famous corso, Trbojevic swears by the bath mat story, presumably to make the injury seem more strange.

The variety of stories didn’t affect the judges, who immediately crowned the injury the biggest contender for 2021’s strangest injury, and Tommy Turbo kept poll position for the award for the entire 2021 season.

However. The Roosters, already distraught by the fact their fullback was no longer number one in the league, decided they were not going to be beat out again by Manly. The east Sydney club have gone to great lengths to steal the strangest injury title away from manly.

Nat Butcher, this week, has appeared in photographs with both arms in casts. 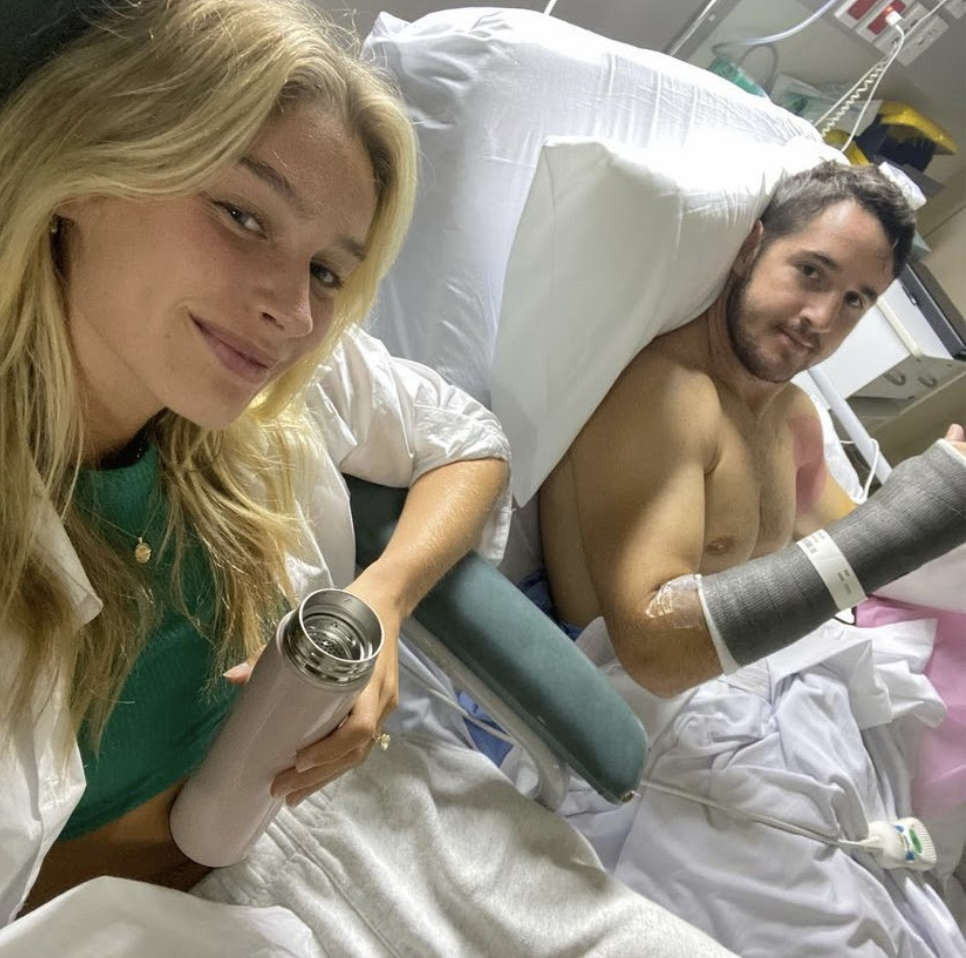 Speculation continues to surround the injury, with the Instagram famous @nrlphysio not even able to explain the cause of injury, but many assume it was intentional.

Some say Nat Butcher was forced to practice swinging arms on Victor Radley until both arms broke, however others speculate the casts are simply a PR stunt, and there is no actual injury.

A source close to HelloSportsHerald has made claims that the injury was sustained while golfing with Brandon Smith, however there is no concrete evidence surrounding this.

Like the Tom Trbojevic incident, the array of different stories has had no effect on the judges of 2021’s strangest injury, who have released a public statement suggesting that Nat Butcher will receive the award ahead of Tom Trbojevic. 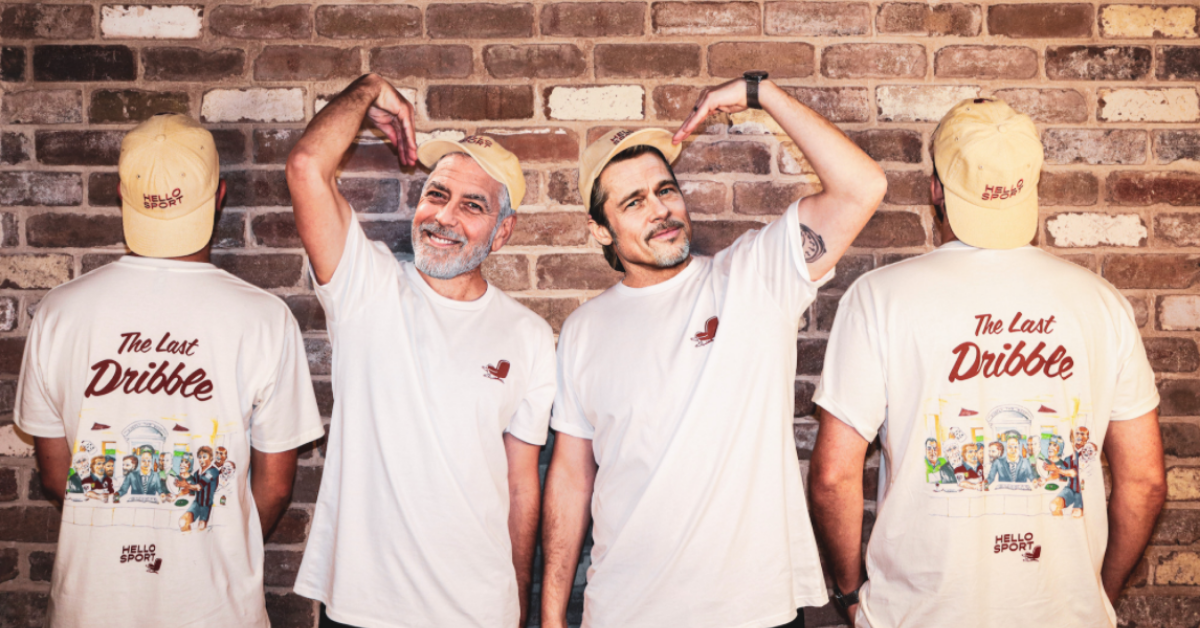 It was no secret that the launch of the Summer Tan hat and Last Dribble shirt was going to be one of the biggest events of the year, but it has far exceeded even the highest of expectations.

Ten minutes before the hat and shirt went on sale 6pm, it was reported that internet traffic in Australia jumped 3000% as nearly every device in the nation logged onto the Hello Sport website.

Despite the fact that Internet authorities were warned of an expected massive influx, it seems that nothing could have prepared them for the mass onslaught of dribblers.

Unsurprisingly, the at 5:58pm the internet was officially declared broken. Engineers from around the world are working tirelessly to keep up with the immense traffic caused by the Summer Tan and Last Dribble. The internet outages were causing significant stress for dribblers around the world as they tried to get their hands on the prized merchandise, as well as less significant issues like planes falling out of the sky etc.

With offers flying in to showcase the Tan and the Last Dribble at fashion weeks around the world, it’s expected that the iconic hat and shirt will become a cultural symbol of the decade, while instantly improving the appearance of anyone who wears it.

The newest hat and shirt are expected to be seen all across Australia’s pubs, clubs, RSL’s and footy fields, as the combination of both will no doubt become a signifier of class, style, and dribbliness. 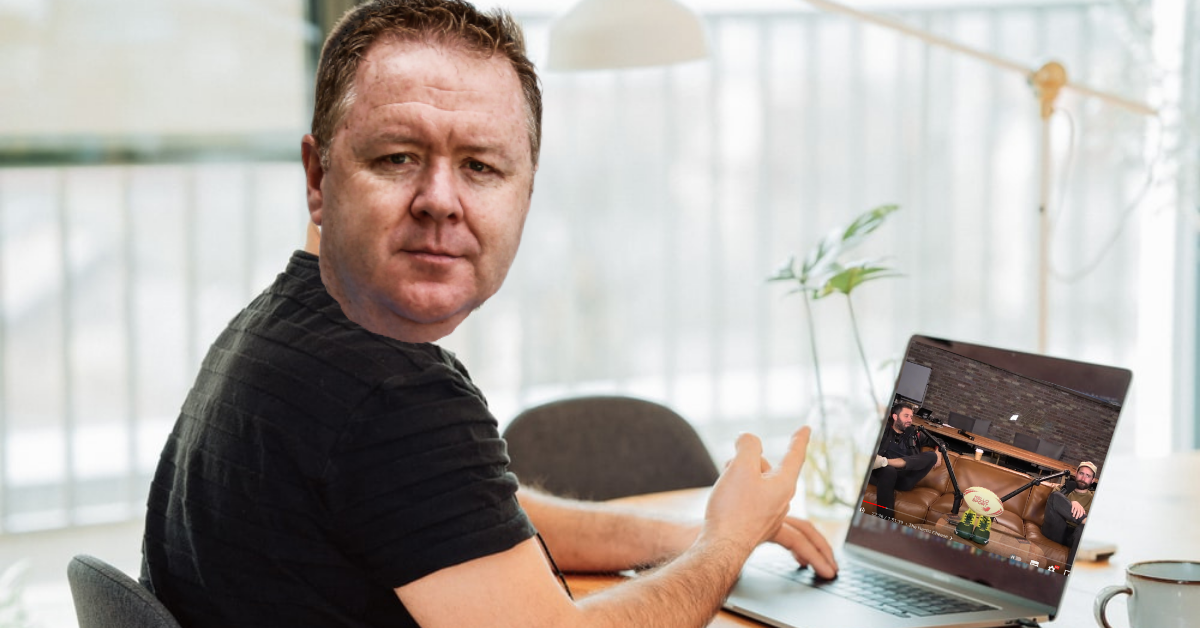 Dean Ritchie’s new hobby of calculating the amount of swear words in podcasts has led him to a challenge of epic proportions.

Following his successful effort counting the profanities used by Brandon Smith on YKTR’s the Ice Project, he’s now turned his sights to the top of the heap, the Hello Sport Podcast.

Barely half an hour in, Ritchie has already counted 74 shits, 52 fucks, and 12 cunts, as well as 14 other words he had never heard of and was uncertain of their vulgarity.

Phrases such as “f*****g rip and tear” were seen to be especially offensive by Ritchie due to their reference to drinking culture.

Despite having to take breaks every five minutes so as to not be overwhelmed with offense, Ritchie is determined to continue this task until completion, which could be weeks.

Neighbours of the journalist have reported disturbing sounds of intermittent crying mixed with outbursts of “well, I never.”

Despite his disdain for profanities across the audio medium, he seems to be completely fine with Michael Maguire’s prolific swearing in the Tiger Town documentary.

Dean Ritchie, of ‘offended by the F word fame’ has come a long way since saying that Latrell Mitchell needs to have thicker skin in reference to racial abuse.

"I don’t know how he copes with it?" Laurie Daley comments on the constant racial abuse @sydneyroosters centre Latrell Mitchell receives via social media #bigsportsbrekky pic.twitter.com/SwTetpWgeL 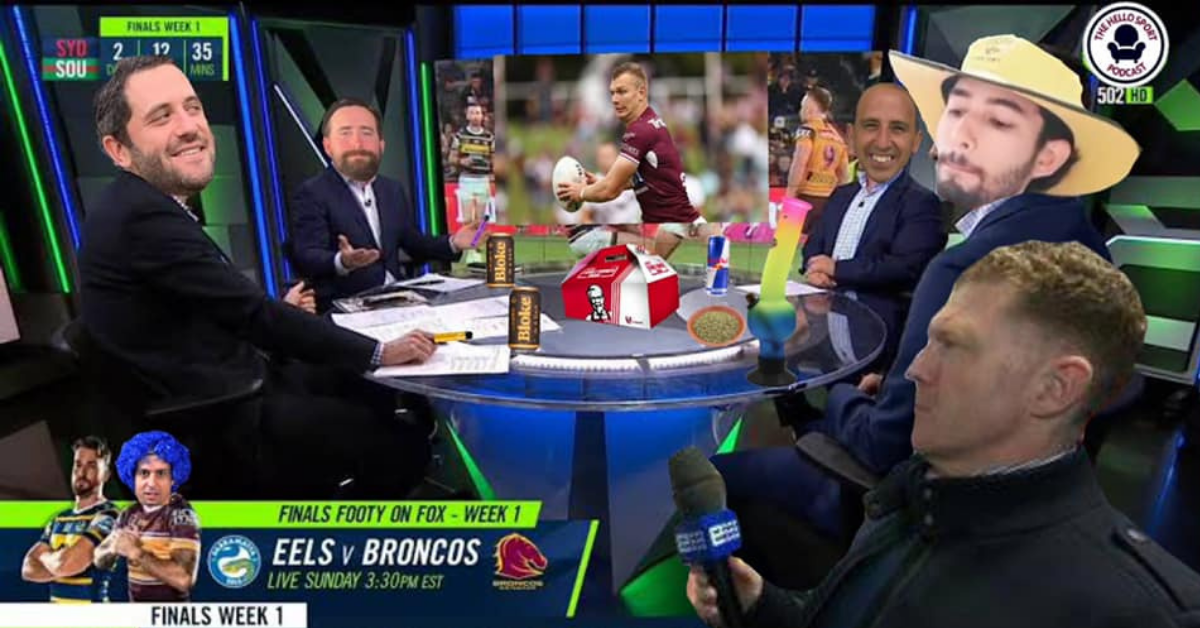 In news that has shaken Rugby League armchair analysts nationwide, Ben Ikin has decided to leave his post at NRL 360 and will attempt to resurface the sunken ship that is the Brisbane Broncos.

This dramatic movement has left many NRL fans wondering which would be a more painful experience: trying to salvage the once great Broncos, sitting in between Kenty, Buzz and Hoops every week, or getting snapped in half by a fired up Jake Trbojevic.

While discussions rage on, we thought we’d float a few options for a new combination of hosts that might rejuvenate the show and bring a much-needed change to the Fox Sports team. If there’s any proof that the head honcho’s at Fox Sports are out of touch with the Rugby League masses, it’s the fact that Tom and Eddy are yet to be given their own prime-time show. The godfathers of Australian sport have scaled the dizzying heights of the podcasting game and the obvious next step would be a show that could bring Fox Sports to the top of the heap in the analysis game. NRL 360 already contained an inordinate amount of unqualified opinion and unwavering bias, making the potential transition smooth and easy. After all, with heads of hair that strong, Tom and Eddy are wasted in the podcasting game. Those follicles need to be broadcasted nationwide for all to appreciate. 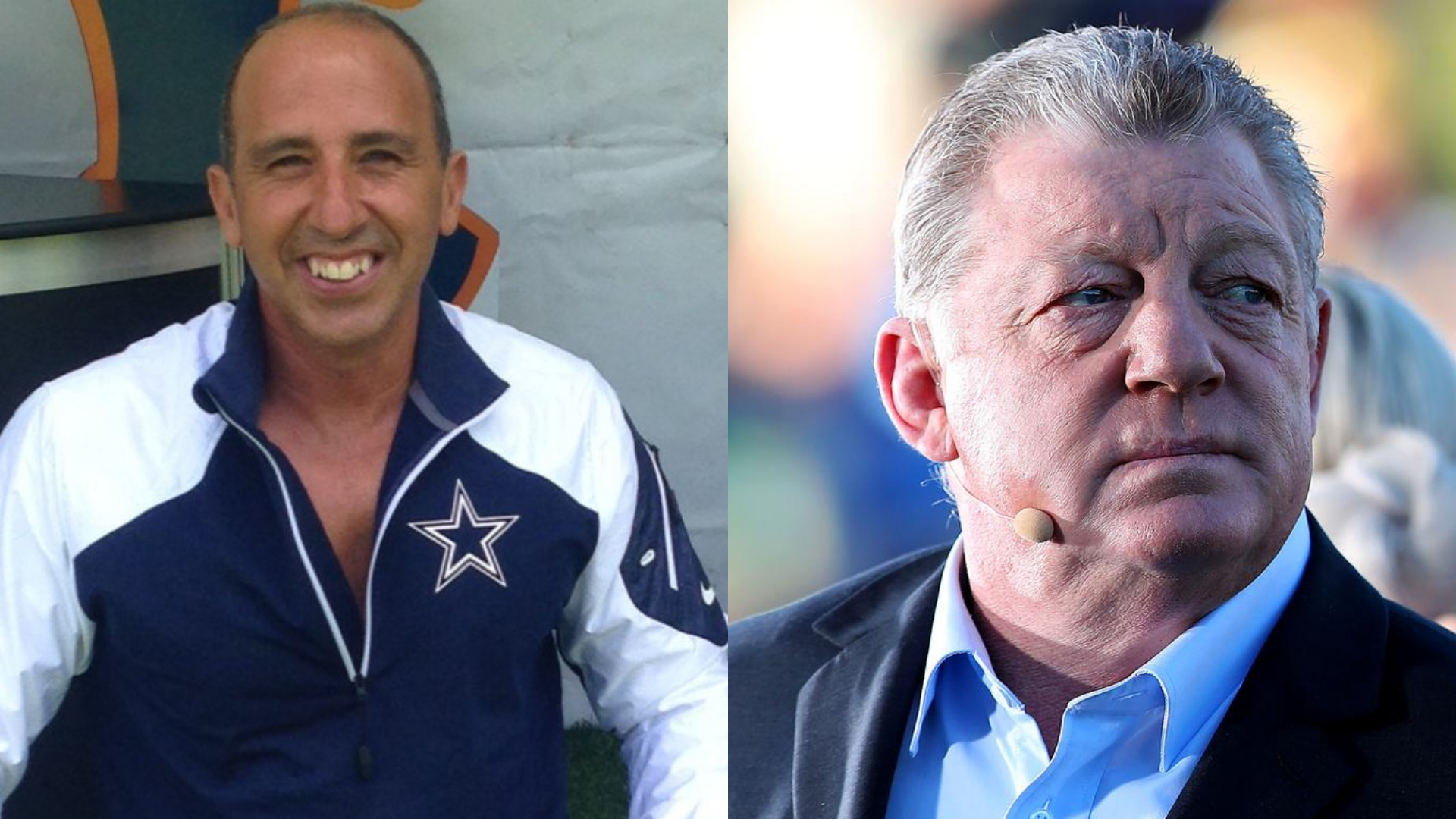 Be honest, who wouldn’t tune in to see Roger’s other-worldly sexual chat up against the stern-faced, old-school conservative that is Gus Gould. Gus may have seen a lot in his time around the game, but even he wouldn’t be prepared for the anomaly of Rog. There’s something for everyone here, Gus can bring in the old heads of the game that are disillusioned by the ‘nonsense’ of the modern-day footballer, while Roger’s status as the premier content creator on Instagram is sure to excite youngsters. Not to mention Roger could actually provide some legitimately insightful analysis on players running techniques, as well as his deepest and most esoteric desires. 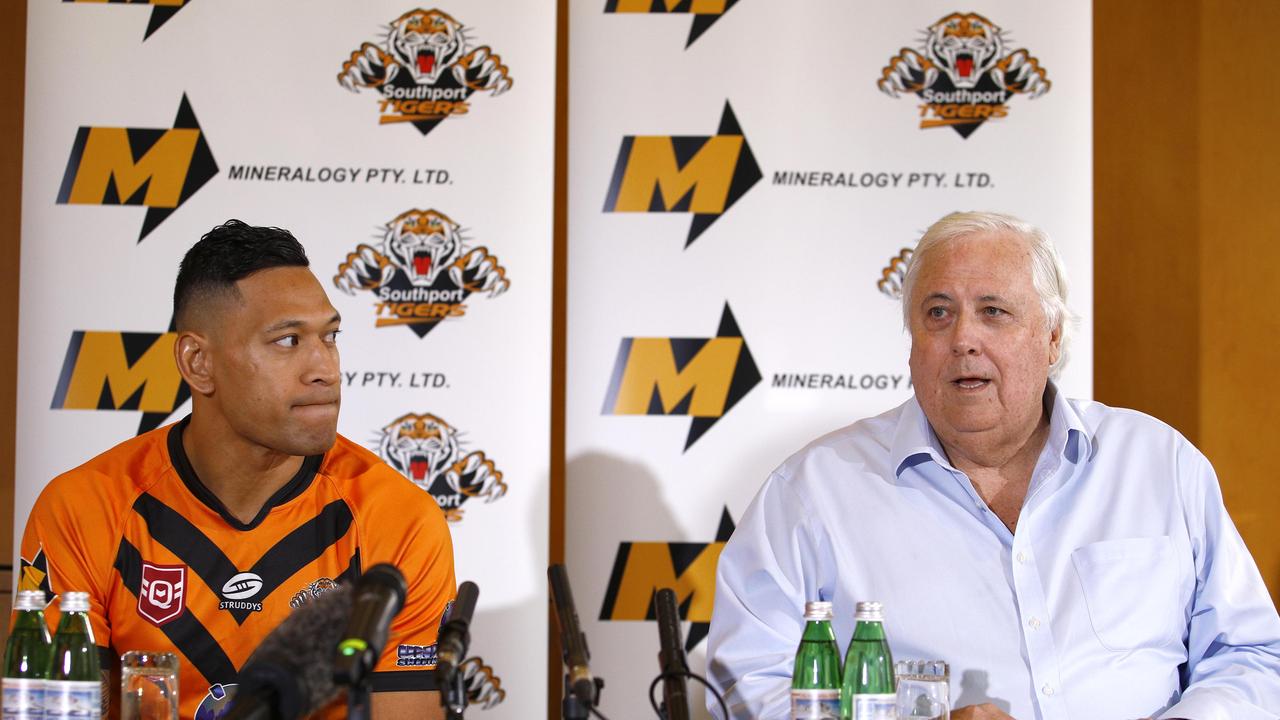 The NRL may have blocked Folau’s return to the field, but no one is standing in the way of him and his financier becoming the hottest new personalities in Rugby League media. At long last, we can experience the religious crossover with NRL that fans have been crying out for, who wouldn’t be excited for weekly psalms and sermons with Izzy? Clive could single-handedly fund the show by showing nothing but ‘Make Australia Great’ ads every commercial break, as long as he hasn’t already spent all his money on court cases, the Titanic 2, or building animatronic dinosaurs. 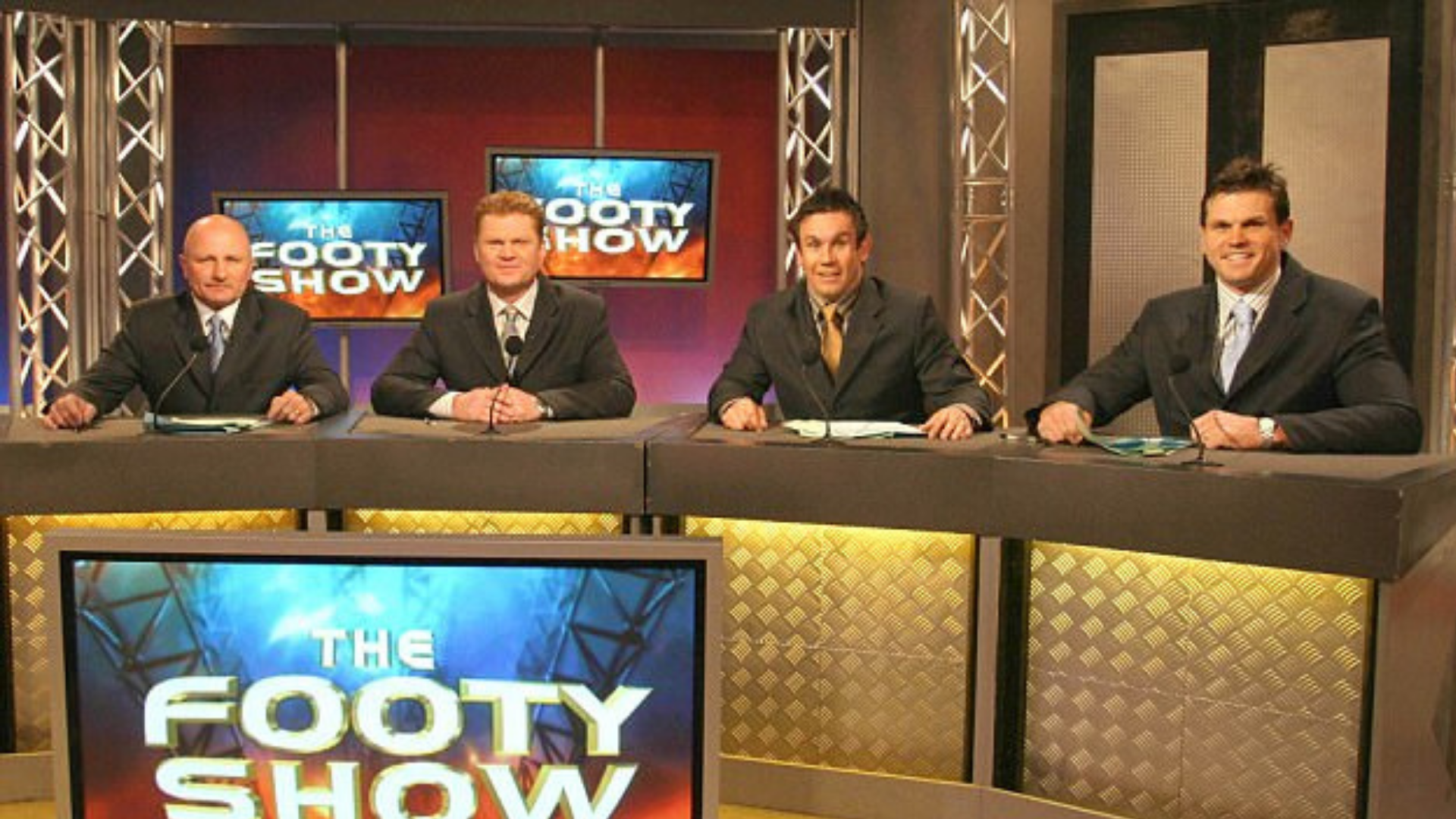 Ah the glory days of Rugby League television! Why mess with a perfect combination? All we need is Fatty, Chief, Sterlo and Matty along with maybe some chilis and a Vomitron, and they’re guaranteed a huge audience every week. Was their analysis any good back in the day? Who cares, it was television done right! They can even keep Buzz, Kenty and Hoops on board for some fun with the daredevil dudes, I know I wouldn’t miss out on the opportunity to see the look of pure fear upon their faces. We can even lend them the use of our Fatty Vautin gloryhole to truly bring the magic back to our screens. If there’s anything that’ll motivate NRL fans to engage in the political process, it would be our two potential leaders going toe to toe over transfers, suspensions, rule changes and game management. Every Aussie knows the real battleground of elections is won and lost in the sports arena, so what better way to streamline the process than to pit these two against each other in the only competition that matters, Rugby League dribble. While Albo’s fanatical support of the Rabbitohs saw him fight for their readmission into the league in the early 2000s, his inherent bias towards them still wouldn’t rival the favouritism shown by the incumbent NRL 360 hosts. Alternatively, Scomo could provide far more impartiality considering he only began supporting the sharks after his pre-selection for the seat of Cook in 2007, that is, if he expands beyond his usual vocabulary of “If they have a go, they’ll get a go” and “I reject the premise of that question.” 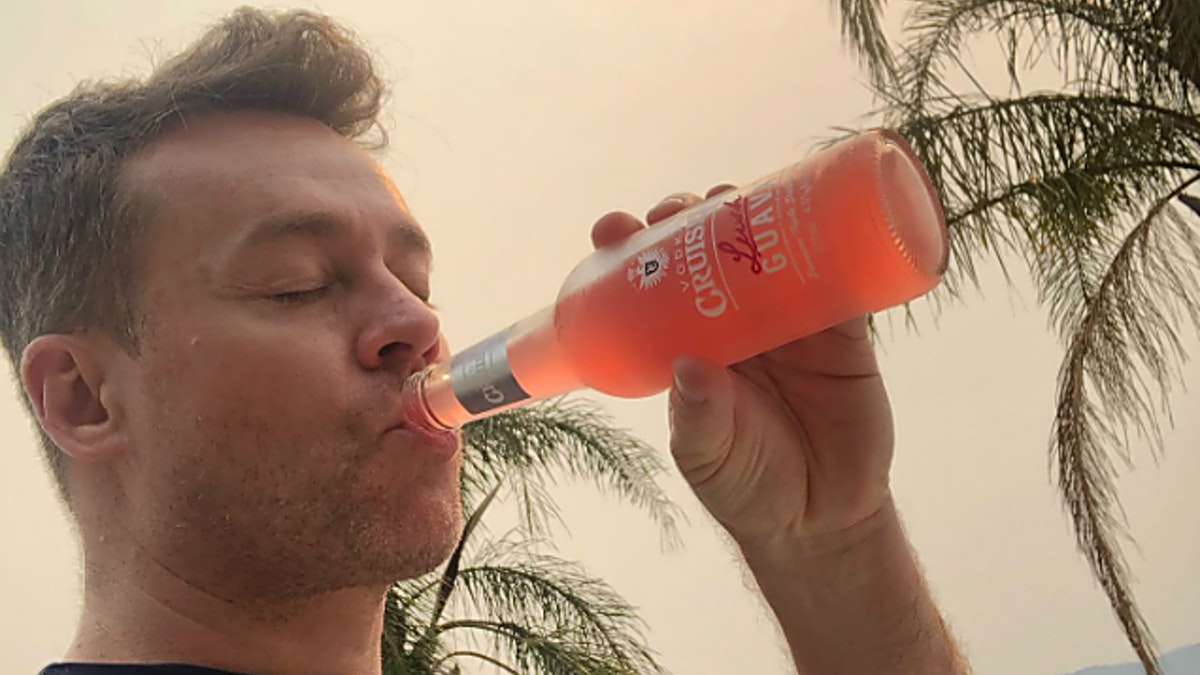 Big Tasty and the Tasty Boys

This combination may require a shift to the late-night time slot, but it would be worth it to see the uncensored, unintelligible and unmasked phenomenon of Big Tasty, Guava lover and Fumes. This rag-tag group of dribblers have cemented themselves as the kings of the dribbler hotline and therefore sit amongst a rare few that produce more dribble per capita than Buzz and Hoops. With extraordinary insights such as “Shaun Berrigan is the best halfback to play the game,” this format could reshape the way we think about the sport altogether. Line up a sponsorship with Guava cruisers and you’ve got yourself a program. The only difficult part of it would be to track down these elusive dribblers who seem to have withdrawn themselves from public life after their incomparable stint on the hotline.