What’s In a Name? Facebook, Redcliffe, Dolphins and the Metaverse 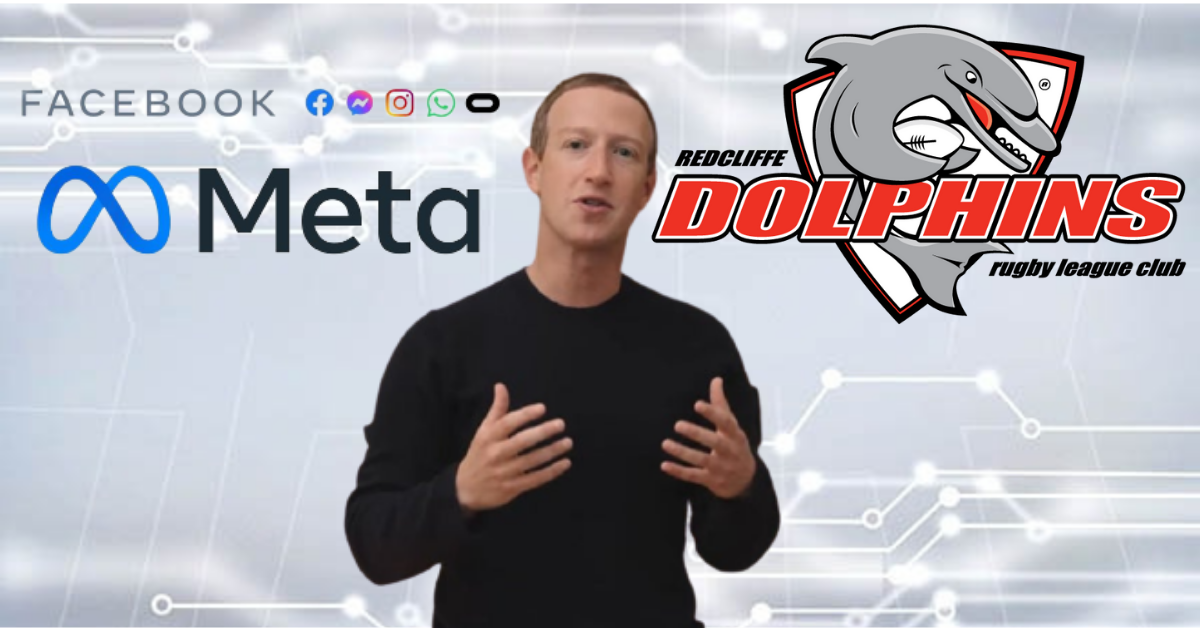 Two gargantuan influences in the worlds of tech and sport have recently decided to change their name, altering the brand identity that billions around the world (and a few thousand on the sunny coast) had come to know and love (or hate). For a wide variety of reasons, both have been universally ridiculed and despite the expensive lengths that will be taken to enforce the name on the public, no one is expecting them to stick.

I’m of course talking about future NRL team the (Redcliffe) Dolphins, and evil corporation/company the entire world now relies on, Facebook. The pivot from Facebook comes after a slew of negative press that included a former employee revealing allegations that they prioritise profit over safety. She was also heard making other earth-shattering claims like ‘water is wet.’

The platforms themselves, Facebook, WhatsApp and Instagram, will still keep their names, however the parent company will now be known as ‘Meta,’ a name hopefully different enough for potential future investors to forget just how much these platforms have helped ruin society.

It’s pretty obvious why Facebook wants to rebrand and move away from what made them infamous. If you had spent your formative years as a gigantic toxic wasteland that welcomed white supremacists and science deniers, maybe you would want to change your name as well. But going further, Facebook have announced a virtual reality mega platform called the ‘Metaverse.’ Do you keep your BBQ sauce in the fridge, cupboard, or on a bookshelf?

In the Metaverse, you can work, play games, socialise, watch and create content along with all sorts of things, all in a virtual space experienced with VR goggles. So imagine instead of NRL players going to training, matches, bars, clubs, and their own homes all in separate locations, they moved their entire lives into one giant stadium, where they’re able to roam around like free-range chickens all under the watchful eye of SPVL.

While the possibilities of debauchery and excitement that this idea brings makes it sound like a dribblers wet dream, the real-world consequences of this are far less promising. Instead of the benevolence and altruism of our lord and saviour Saint Peter V’Landys, the man controlling this ‘metaverse’ is the questionably human Mark ‘Zucc’ Zuckerberg, of rigging democracies and not letting the HSP account live stream fame.

While no allegations of crimes against humanity have been alleged of the Dolphins, their name change hoped to also bring their brand to a wider audience, and for some reason, not connect its current iteration to its history. A strange decision when your history consists of good honest Rugby League Football played in HD light in one of the most beautiful parts of the nation. Fans have condemned the decision as trusting the woo-woo science of PR and Marketing over the tried and true method of Rugby League tradition.

The big song and dance about announcing these changes have forced the public to take notice, but taking notice isn’t enough to get the public over the line. Facebook and the Dolphins have failed to sell their new titles well enough for them to take hold, and for better or for worse, they’re stuck with their old names. So, will any of this make any difference? Probably not. Will I still waste several hours of my day across platforms owned by ‘Meta?’ Probably. Names come and go, but footy and social media addictions are forever.

Follow on Instagram
Two Months After Its Launch, Rugby 12’s Looks Set to Fail Before it Even Starts YKTR and Cheese have Taken a Step Forward for NRL Players, and the Establishment Should Be Worried