What the length of your footy socks says about you 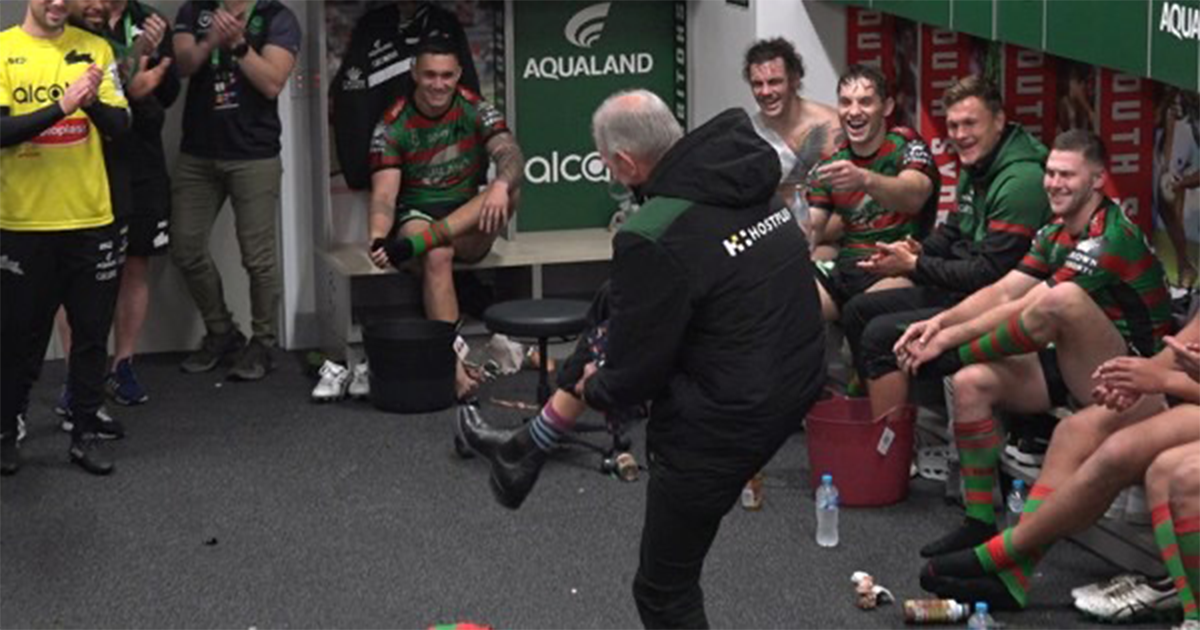 You’re playing by the rules, not making any statements about your footy or personality. You’re probably new to the club and trying to fit in. Displaying obvious differences at this time could have a detrimental effect on your relationship with the team and your role within the organisation. Best to keep your head down, play by the rules and put in the work. Alternatively, you’re an expendable asset to your club, ensuring that all your actions are in the best interests of the team and you remaining there. You put in the one percenters like wearing your uniform correctly and turning up on time, because you know if you don’t you’ll probably lose your spot. You’re a no-nonsense, hard hitting, big boy, and the opposition is scared of you.

The extra weight of the material low to the ground further draws your weight down as you smack into defensive lines and burrow your way for an abundance of post contact metres. The run up you take for hit ups is as long as the carry itself, and you usually aim straight towards the halfback, who is left prone on the ground as you charge through him. The only vision he sees is your scrunched socks continuing to drive as your tree-trunk thighs pump down the field. You’re young, you’re hot, you’ve got a mesmerising step and you can’t get tackled. Your team depends on you as their #1 attacking weapon, and you make sure everyone on the field knows that. Lower sock positioning allows for a full view of your lean, fast and tall legs, which flash by as you bamboozle defenders with gooseys, stutters and even a cheeky grubber behind. The meticulous presentation of your appearance extends far beyond mere socks, as your hair is constantly immaculate, your clothes are of the latest fashions and trends, you’ve got a flash car and an even more flash girl in the passenger’s seat. You are the envy of every school kid to ever run with a footy. One up one down:

This positioning is not purposeful. You’re a tough player who doesn’t care about looks or aesthetics. You probably just got up off the ground after a bone rattling tackle and don’t have time to adjust your socks before the next hard hit. You’re there to do your job and do it without fuss. You probably finish most games with cuts and bruises all over your legs and body, but you turn up week in week out, thinking only about dressing down the opposition, rather than dressing yourself up. Socks come and go, but tough footy is a way of life for you. This combination often seen in bush footy due to two odd socks being packed on the day of the game. It’s cold. You’re either playing in Canberra or New Zealand and you probably haven’t warmed up yet. At this point you’d rather be at home where its warm, but instead you’re at the one away game you’ve dreaded all season, and all you can think about is the hot showers after. You can’t stop rubbing your hands together to manufacture heat, and you wear your team hoodie right up until the first whistle is blown. You’re spending more time worrying about the conditions than the opposition, and with an attitude like that, you’re playing right into their hands. It’s really fucking cold. It’s winter in England or France and it looks like the scrum is sending out smoke signals to the next town over. It doesn’t matter if you’ve warmed up or not, whether you’re in the forwards or backs, or how high up your actual socks are. Everyone’s feeling it. You start to question what made you choose to play for this club in the first place, even what led you to pick up sport at all. What was wrong with reading in front of a warm fireplace? No time for regrets though, you’ve gotta try catch the ball despite not having any feeling in your fingers. Good luck. You’re a touch footy player. You’ve got a full-time job and other commitments but you never let that stand in the way of 40 minutes per week where you can relive the magic that you once dazzled mums and dads of under 12 footy teams with (before everyone else started lifting weights and learning to tackle). You still reckon you’ve got a mystifying step despite putting your back out getting off the couch last weekend, and if only the rest of your team in the Sunday social comp had the footy IQ that you did, you’d be sitting top of the table. Also, your team name is a pun and you wear a backwards cap. That put was for 10k, which could have purchased a

THE MOST IMPORTANT THING YOU WILL READ TODAY . Men

Unmasking Jee Lo – The man behind the troll account