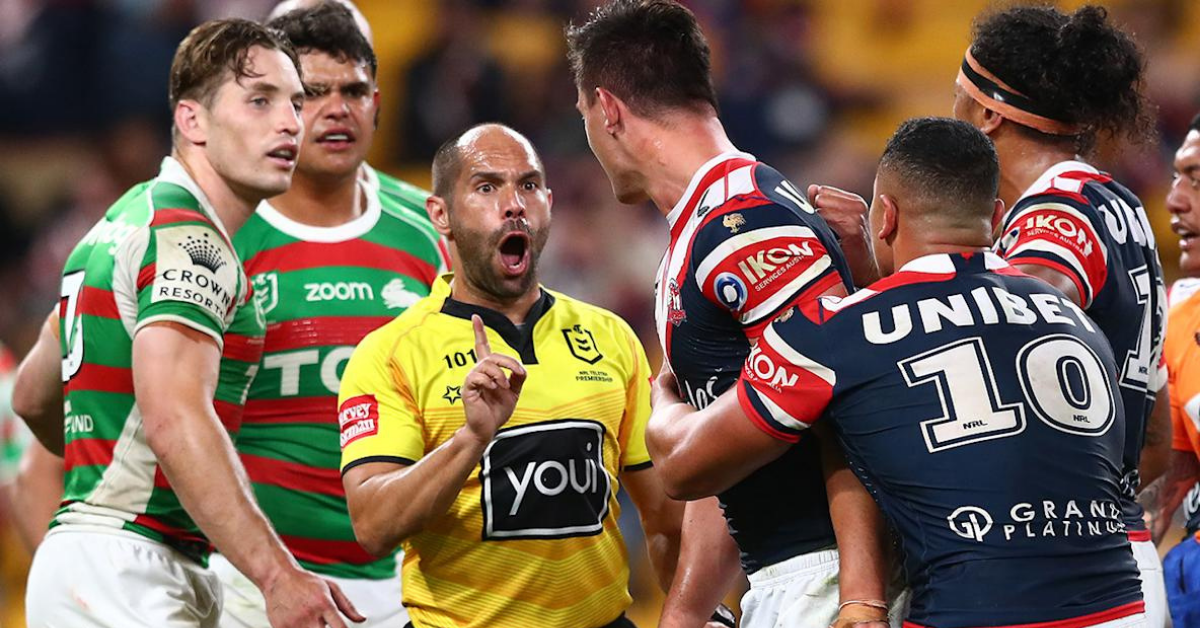 The NRL has announced an overhaul of the judiciary system just hours before the first kickoff of the 2021 season, with an aim to create a more transparent process while easing the burden on players themselves.

The irony of aiming for transparency while sneaking through rule changes when fans aren’t paying attention seems to have been lost on the NRL, although there are still many genuine upsides for players in the new system.

The judiciary panel and match review committee will now feature former coaches and referees, as well as players, and an explanation will now be provided to the public by the judiciary chairman following each decision.

Additionally, videos and guides demonstrating the criteria for charges and gradings will be made available to teams in order to better educate players and help them change problematic techniques.

In welcome news for the likes of Jared Waerea-Hargreaves and Tevita Pangai Jnr, all players will begin 2022 on a clean slate, while the carry-over points system has been completely abandoned.

Instead, all grade one offences will carry a fine – apart from reckless high tackles which start at grade 4 – and a set amount of matches is prescribed to each charge, with players able to shorten the suspension by a week through an early guilty plea.

The charges have been designated into eight categories, shown in the table below:

The changes have come after months of consultation with the Rugby League Players Association, who were unhappy with the current system and did not believe that fines were an adequate deterrent for foul play.

Fines were first introduced as an alternative punishment in order to avoid players missing key matches for minor offences, while simultaneously not overwhelming the judiciary with small charges.

However, the RLPA have been critical of the decision to move grade one shoulder charges and crusher tackles to a finable offence, saying it “is a step backwards in decreasing instances of two of the most dangerous on-field discretions.”

Although the Association is supportive of the new measures that promote transparency in the system, they emphasise the importance of education rather than punishment, to curb instances of illegal actions, “the RLPA maintains the best way to improve the chance of achieving the desired outcomes is through education and training, not punitive measures.”

Player fines rose an enormous 500% in 2021, and the RLPA maintains that there is little evidence to support the theory that fines act as a meaningful deterrent, and that they disproportionately affect lower-income players.

Just as the old saying goes, ‘If the penalty for a crime is a fine, then the law only exists for the lower class.’

The RLPA will continue to examine and consult with the NRL to work towards a more fair and efficient judiciary system in the future.