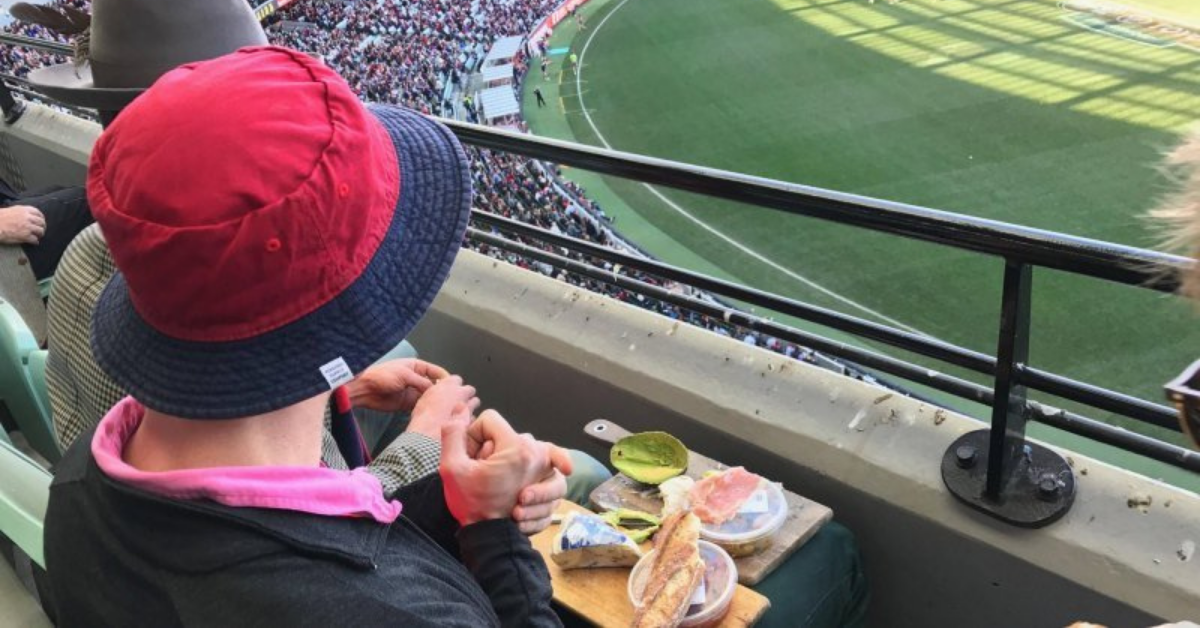 With the summer of cricket right around the corner, and the new stadium nearing completion, Sydneysiders will finally be able to eat the overpriced food they love while watching the sports they pretend to like. No longer will people have to choose between a long lunch at Mr Wong’s and an afternoon of cricket, with the two cultural traditions able to be experienced all at once.

The hospitality conglomerate run Justin Hemmes has recently signed on to provide food and drinks at the two Moore park stadiums for the next six years, and they’ve just announced the lineup for this summer, much to the delight of Swans fans who own more pairs of RM Williams’ than they do guernseys.

Vinnies Pizza, Jimmy’s Falafel’s, Queen Chow Dumplings, El Loco Mexican and Paddington’s The Chicken Shop will feature across the SCG this summer, while a French bistro will be serving red wine and steak frites to the upper echelons of the SCG society, the members. It is currently unclear whether or not the red wine will be served in a plastic glass with a vacuum-sealed plastic lid.

This new partnership has been recognised as a significant step forward for stadium hospitality services, with Hemmes saying “The aim has been to provide restaurant quality food in a stadium environment while making sure it’s affordable and accessible.” Never before in Australia has quality food been served in stadiums, nor has any stadium food ever been affordable, let alone accessible, with overwhelming queues at every break of play. It is expected that the addition of these outlets to the stadium will more than double the average attendances for Roosters games, as the NRL club had been dramatically losing fans to Totti’s reservations and lines outside Coogee Pavilion. Membership numbers have already seen a rise, with unconfirmed reports that a new membership package will soon be launched, providing fans with a $50 Merivale voucher (enough for one cocktail) as well as a signed Champagne cork from Hemmes himself.

Executives at Merivale are relishing the opportunity to employ and probably underpay more than 1000 new staff, who will no doubt enjoy dealing with fans’ expectations of high-class food at low-class speeds and prices. Their first assignment will assumably be cleaning out the grease traps that haven’t been emptied in decades, which are rumoured to be the true source of that distinctive stadium-food taste.

For the traditionalists out there, much-loved staples like $5 meat pies, chips and hot dogs will still be available, as will standard drinks like bottled water and Coke, which still cost $4.50 for some absurd reason. So if you’re craving a bit of old-fashioned mystery meat, you won’t be disappointed.