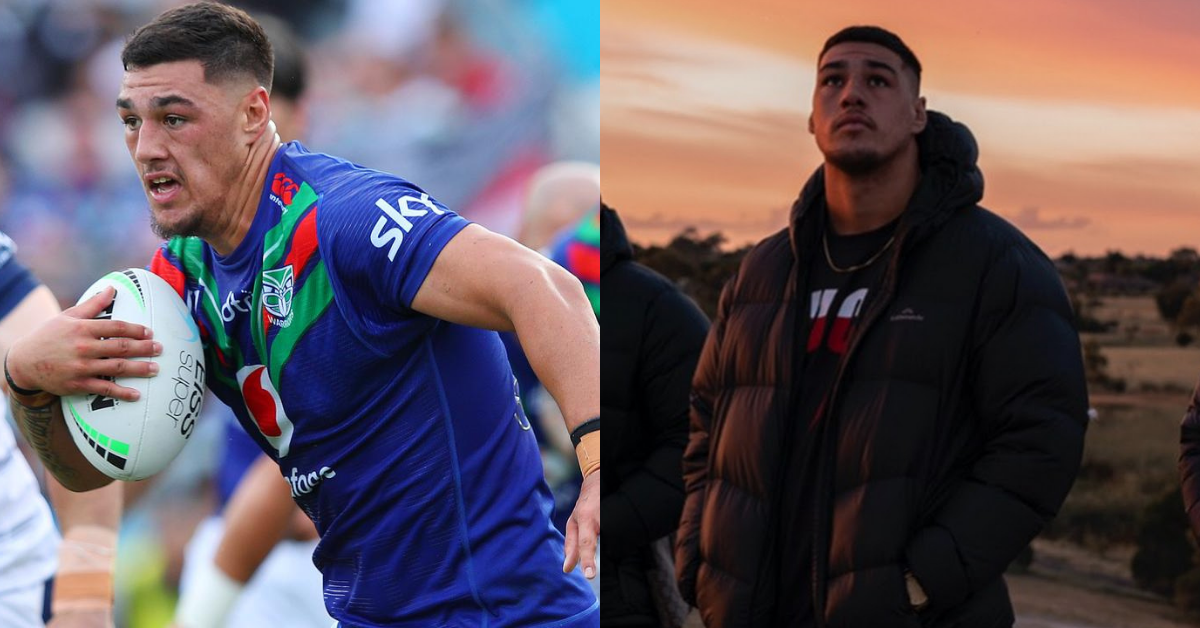 You may have seen Jamayne Tounua-Brown trucking nut and snapping blokes on the field for the Warriors in the past two seasons, but the great game of rugby league isn’t the only industry that the 24-year-old is busting into. Going by the name of ‘Yung Maynie,’ Tounua Brown has been working on his career as a rapper and producer for more than three years now, releasing an album and a handful of singles.

Born and raised in Melbourne, Yung Maynie blends old-school beats with slick contemporary production. His influences shine through as his strong lyrical delivery is reminiscent of J Cole with a Melbourne twist. He currently has around 6,000 monthly streams on Spotify and nearly 20,000 on his latest music video, but his musical aspirations had to take a back seat when Laurie Daley came calling.

At the start of 2020, Yung Maynie was on trial with the Warriors, earning $1000 per week, but when injury ravaged the Indigenous team ahead of the all-stars clash against the Maori side, Yung Maynie was picked in the front row. Before he had ever played a game of first-grade football, Maynie was lining up alongside Latrell Mitchell, David Fifita and Jack Wighton, up against the likes of Kalyn Ponga, Brandon Smith and Isaac Luke.

Since then he’s become a staple of the Warriors lineup, played 32 matches in two seasons, and two games as a loan player for the Dragons. 2020 also saw Yung Maynie release his first full-length album, Off the Bench, perhaps placing a bad omen on his future NRL career. As part of West Melbourne rap group The Cross, Yung Maynie hopes to be able to live out both his childhood dreams at once, telling the NZ Herald “It was always a hobby, mucking around with music with my mates at school. Over the last couple of years, I started making my own tracks.”