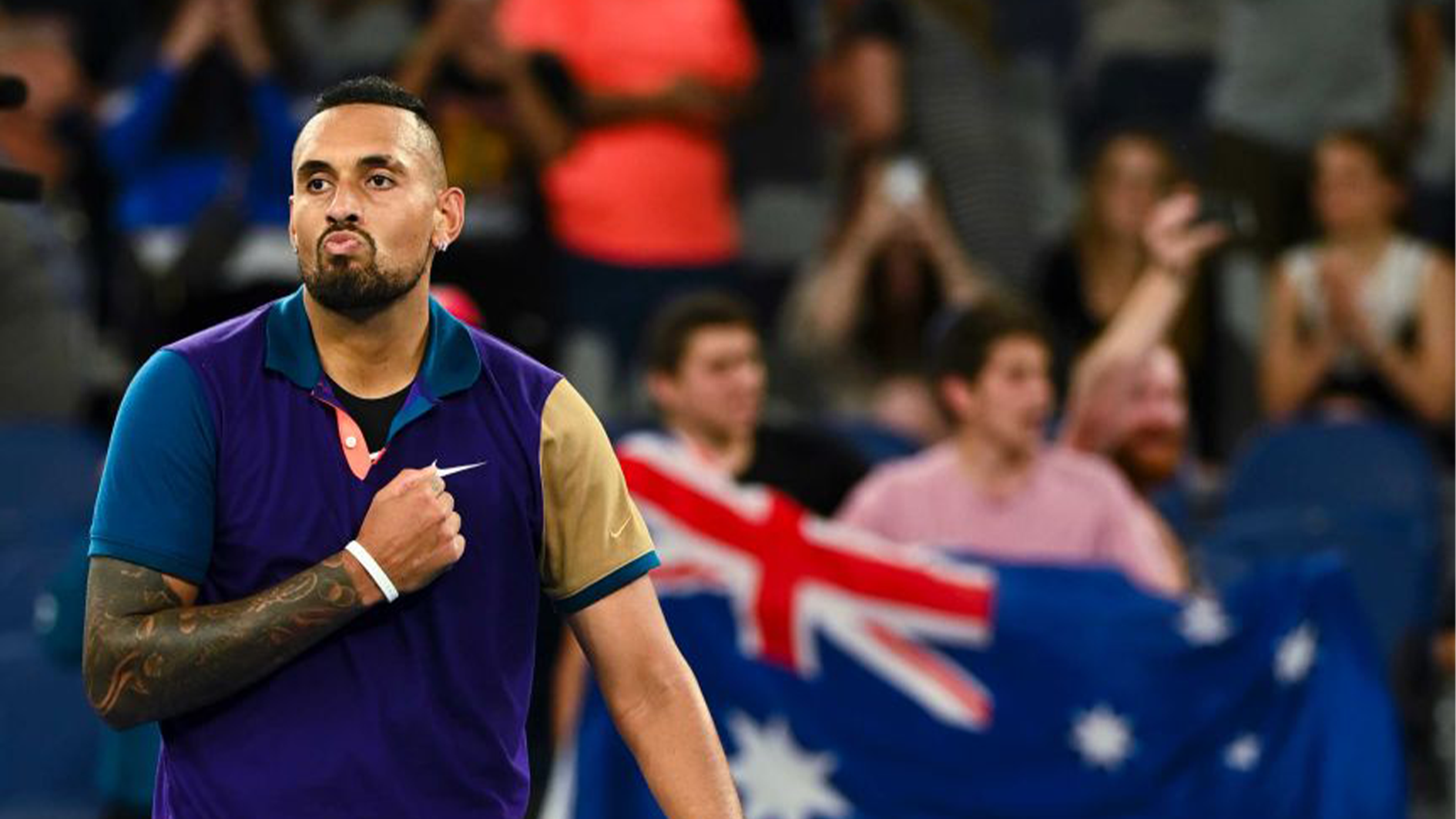 The 2021 Australian Open brought much excitement to the Tennis world, with the first large crowds at an event since the start of the pandemic. While the tournament features previous grand slam winners like Nadal, Djokovic, Williams and Barty, the fans made it overwhelmingly clear who the crowd favourite was: Kyng Kyrgios.

Whether it be celebratory dancing, tweener shots or arguments with the umpire, Nick knows how to entertain, even when results don’t go his way. His eccentric behaviour and unusual attitude towards the game has drawn criticism from certain players and commentators, who seem to be too wrapped up in outdated notions of traditionalism and pretentiousness to realise just how much the Kyng is doing for the modern game of Tennis.

As observed by a recent dribbler, Kyrgios is the epitome of a millennial tennis player, and through this representation, he’s bringing the game to new fans and new levels that would never have been considered by the old guard of the tennis world.

Much like other sports that were developed in England over a century ago, the game is steeped in royal traditions, with courtesy and proper behaviour underpinning the rules and style of play. If a sport doesn’t even allow for players to talk and express themselves during a point, where’s the space for passion and emotion. Plus, the all-white dress code at Wimbledon makes it feel more like a 21st birthday party for the pretentious popular girl from high school, than it does a premier sporting competition.

But in its 200+ year history, very few concessions have been made to modernise the game and bring further excitement to new and younger audiences. Even cricket has attempted to bring a new audience to the game through T20, while still ensuring that the prestige of Test cricket remains uncorrupted by gimmicks like “THE POWER SURGE™”

However, the lack of similar changes in Tennis has forced players to take matters into their own hands. Enter Kyng Kyrgios. If he doesn’t agree with a call, you’ll know about it. If the umpiring technology isn’t up to scratch, you better believe Nick won’t be quiet about that. And if he’d rather spend his free time playing Playstation than training, who are we to judge? I know what I’d rather be doing.

Perhaps due to our rich and successful sporting history, we expect our talented athletes to dominate worldwide, but if Kyrgios wants to ride his career on natural talent, without putting in the precision training of Federer or Nadal, who are we to tell him what to do? Because let’s be honest, if you could do a minimal amount of training for a few matches leading to a $215,000 payday, you probably wouldn’t be too fussed about not progressing further.

Even a legend like Roger Federer can’t excite fans the way Kyng does, because fans can’t relate to a stoic, calm and artistic player of the game. Every reaction expressed by Kyrgios is the exact reaction expressed by fans watching at home, and can be mirrored in the reactions of park footy and social sports around the country.

Just as modern society has done away with outdated hierarchical structures, Kyrgios has rejected the artificial order of the Tennis world, showing no mercy for even the most successful of players as he continually and rightfully rips into Novak Djokovic.

It’s this exact carefree attitude that will ensure Kyrgios is a household name for years to come, because after all, there’s nothing Australians love more than a fiery underdog who’s not afraid to get under the skin of the establishment.

It only takes a glance at the commentary team for this year’s Australian Open to realise how much Australia values the controversial figures and renegades of the sport. Both Lleyton Hewitt and John McEnroe have built careers off a symbiotic relationship between their sport and their personality, and the Kyng is not just following their path, but paving it even further into the mythology of Australian Sport.

While Kyrgios may never reach the heights of Nadal or Pat Cash, I know most Australians wouldn’t trade our Kyng for all the grand slam titles in the world.

Follow on Instagram
The Only 3 Reasons Izzy Folau Wants to Return to the NRL Has the NRL become more reputable than our Government?