Before we get into the meat of this story, I’d like you, the reader, to try and think of any famous Jewish athletes or sportspeople, and as you undoubtedly come up short, you’ll realise how impressive this achievement is.

New York’s Yeshiva University is far more likely to produce accountants, doctors, and rabbis than Basketball players, however, the third division college team is now making headlines around the world for their unexpected success. Over the weekend, the ‘Maccabees’ cruised to their 38th consecutive victory with a 105-52 win against Penn State Schuylkill.

As someone who has always blamed a combination of my height and religion for a lack of sporting abilities (especially when it comes to basketball), this news brings with it mixed emotions. While I’m happy for the unexpected success of my brethren and the breaking of stereotypes, I can’t help but feel slightly jealous that the athletes in this team have been blessed with the rare gift of athletic superiority, something once thought extinct within Jewish genes.

Much of the Maccabees’ success over the last two seasons can be attributed to star player Ryan Turrell, who turned down offers from Div-1 schools to attend Yeshiva. Standing at 6 ft 7 inches with long blonde hair, it’s fair to say that the only stereotypically Jewish part of him is tucked in his undies during each game. While commentators have stated that he could easily make it in the European League, he’ll be pushing hard to grab the attention of NBA scouts and hopefully, become the second-ever Div-3 player to make the league, after the Heat’s Duncan Robinson.

Turrell’s success has somewhat overshadowed the tremendous team effort that has led to this winning streak, with the players evoking the spirit of the original Maccabees, a group of rebel Jewish warriors who existed from around 170 BC to 70 AD. The Maccabees fought against the Hellenisation of their land, as the ancient Greeks attempted to convert scores of Jews to Hellenism, which included having to reverse their circumcision.

Understandably the Maccabees were having none of this and rebelled against all things Greek, which included public sporting events such as wrestling and athletics. Ultimately the Maccabees overcame their oppressors, with the battle culminating in the ‘miracle of Hannukah’ which saw them find a tiny jug of unspoiled oil amongst the wreckage of their former temple. The oil ended up lighting the sacred candles for eight days, a streak that is nearly as unexpected as Yeshiva’s 38 match run.

The current streak only sits behind Women’s Hope College’s 45 game streak, and the ‘state of Israel’s’ 54-year streak of Palestinian occupation, but the Maccabees are hoping to continue their run all the way to the title this year. They line up against Eastern Connecticut State on Wednesday night and will look to make it 39 in a row, but they’ll play knowing they have already achieved far more than anyone expected of them.

So, could you think of any famous Jewish athletes? If you couldn’t, now you can. Remember the name. Ryan Turrell. 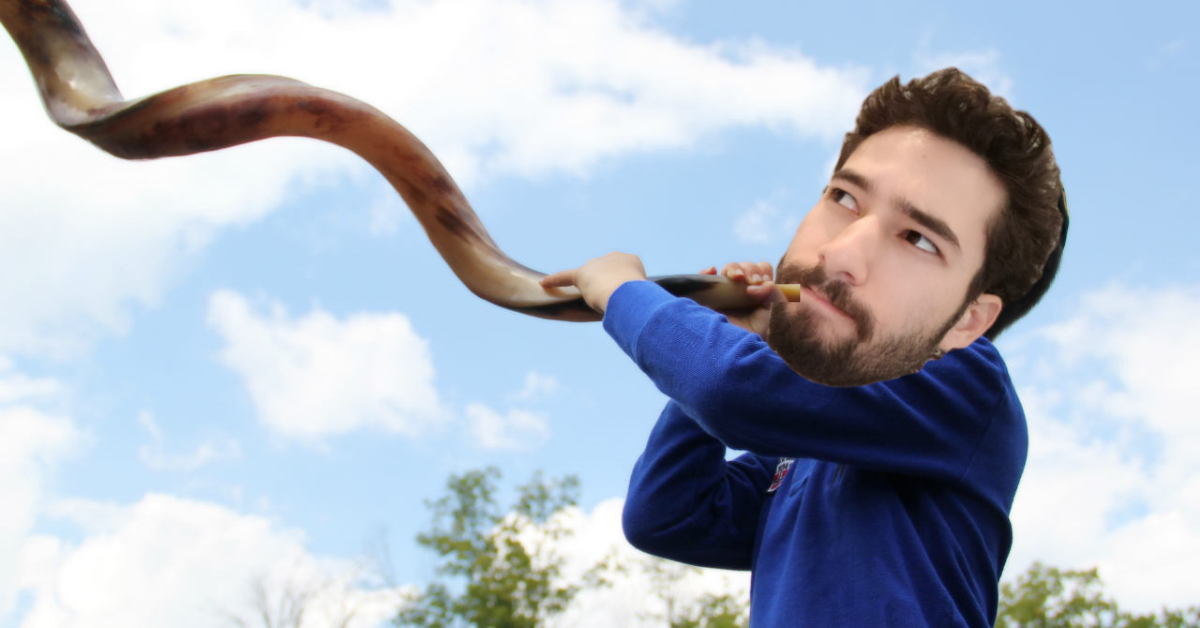 After a year that seemed to drag on forever, we have finally arrived in the holiest month of the year, September. It’s finals time and cricket chat is starting to enter dribbler circles across the nation, it’s a great month to be a sports fan, and it’s also a great time to be Jewish. Today marks the first day of the Jewish year 5782, and Jews around the world are celebrating the festival of ‘Rosh Hashanah.’ The Jewish religion can be confusing at the best of times, so I thought I’d help the P and D understand the ancient dribble and yarn that has brought us this high holiday.

Rosh Hashanah, literally meaning head of the year, is said to mark the anniversary of the creation of Adam and Eve, which, according to Jewish maths, would have happened 5782 years ago, in 3761 BC. Based around the lunar cycles, the Jewish calendar is centred around the belief that in the year 6000 (2240 on the goy calendar) the messiah will appear to usher in a new millennium of peace and enlightenment. In the story of creation, God apparently constructed the world in the first 6 days of the week, while resting on the 7th, so just like the 7th day of the week is a day of rest, the 7th millennium will be an era of prosperity and harmony.

If like me, you’re of the Ashkenazi strain of Judaism (Eastern European), you’ll be treated to an array of traditional foods that include pickled herring, chopped liver, horseradish and gefilte fish. While I can’t adequately describe what exactly gefilte fish is because it looks like a cake made from different kinds of minced dog food, I assure you it’s not the species of fish. There are some upsides though, Apples and honey are a staple of the holiday to symbolise a sweet new year, and feature in cakes, pies, biccies and all sorts of treats.

Its not all partying, eating and dribbling though, with self-reflection and repentance playing a large role in the customs of the holiday. In the days leading up to the holiday, people will perform the practice of ‘Tashlich’ and symbolically cast away their sins by throwing bread into an ocean or a lake to cleanse themselves ahead of the new year. Perhaps this custom should be implemented before the start of every NRL season, so that each player could cast away the heinous sins of the off season and begin round one with a clean slate, it’s proven by god to work.

While the hardcore fans will be attending synagogue most days in the month leading up to the new year, the biggest drawcard is hearing the blowing of the shofar, a hollowed out rams horn that can produce a sound that’s almost as annoying as most of the channel 9 commentators. The shofar comes in

Rosh Hashanah is the first of the High Holy Days in the Jewish calendar, clearly piggybacking off the success of the holy month in Australian sport. Although my observance of the religion is half-assed at best, something about the allure of the High Holy Days really brings me into the spirit of the festival season, and while I’ll be avoiding most of the entree’s, I’ll be sure to celebrate in my own special way.